The A to Z of SPURIOUS: From Golem to The Infinitesimal Calculus

Once again we return with “The A to Z of Spurious,” our micro-encyclopedia of intellectual and not-so-intellectual topics discussed by Lars and W., the two endlessly chattering “heroes” of Lars Iyer’s novel Spurious. (Read all the installments of the series here.) The book is not, in truth, a novel of ideas… instead it is a novel of people who only care about ideas, about literature, people trapped wonderfully/horribly in the life of the mind. As Iyer puts it:

I hope Spurious can be enjoyed by a reader entirely unfamiliar with the names and ideas mentioned in its pages. In large measure, I think, it is the way W. and Lars enthuse about a scholarly project or a specific thinker that makes the novel entertaining (if indeed it is entertaining). On the other hand, perhaps there is something to be gained from focusing in a little more depth on some of the recurring ideas, names and objects in Spurious, since they are not entirely arbitrary. That is the aim of this A to Z:

In Jewish Folklore, an anthropomorphic being brought to life by supernatural means. In some stories, the Hebrew word ‘truth’ needs to be written on the golem’s forehead in order to animate it. Other stories tell of writing letters on a piece of parchment, which is then placed inside the golem’s mouth in order to bring it to life.

Gossip
Lars is much given to reading downmarket gossip magazines (‘chav mags’) about celebrities, which W. finds particularly exasperating.

Greek
W. has tried several times to learn classical Greek, but has been defeated each time by the difficulty of understanding the operation of the aorist, a form of the verb that expresses action without indicating its completion or continuation. At one time, W. and Lars studied Greek together, but Lars, according to W., only retained one word from these lessons: omoi. Lars is said to have used classical Greek in one of his moments of illumination.

Shiva, dancing on a dwarf-demon

Hinduism
Ancient religion of the Indian subcontinent, characterised by a belief in reincarnation.

Lars is Hindu, and exhibits what W. calls Hindu fatalism – the sense that what is to happen is preordained. Presumably this is one of the things which, for W., gives Lars his vivid sense of the apocalypse. At the same time, W. insists that the Hindu never really experiences the apocalypse. He argues that whereas for the Jew and the Catholic, time is linear, and the End Times really are the End, for the Hindu, time is cyclical. According to Hinduism, our age might indeed be the End of Times, but it will in turn be superseded; after the destruction will come the great flood from which the universe will be reborn. So Hindu fatalism is, W. argues, a comfort. At the same time, W. notes, with the idea of moksha (see below), Hinduism does promise a release from the cycle of life and death, providing a second kind of comfort.
Lars, according to W., has tried and failed to become a significant scholar of Hinduism.

Aviator, film producer and director. Hughes suffered from obsessive-compulsive disorder, once occupying a screening room in a film studio for four months without leaving, living only on chocolate and milk and relieving himself in empty bottles. He did not cut his hair or nails in this period. In his later life, he became a recluse, living in hotel penthouses around the world. When Sal’s away, W. fears he’ll give in to his agoraphobia, turning into a scholarly Howard Hughes.

Alleged state of W. and Lars in Spurious. W. claims Lars’s idiocy is the simple absence of thought, whereas his idiocy is the result of indolence. Either way, W. says that he and Lars share the fact that they have always known they were idiots, even as they’ve endeavoured to struggle against their idiocy.

The great figures that the characters in Spurious admire were often ill: Kafka died at 42 of tuberculosis; Rosenzweig, locked in by paralysis years earlier, succumbed to ALS aged 40; a botched medical procedure left Blanchot incapacitated for much of his very long life. W. and Lars suppose that the illnesses in the thinkers they admire was linked to their ability to think. A tempting idea, but the characters’ illnesses (coughs and colds) are not, alas, similarly productive.

A logical classification which appears in Kant’s typology of judgements in the Critique of Pure Reason. In Religion of Reason, Cohen discovers in this notion a positivity prior to both affirmation and negation – that is, to a superlative or transcendence which he links to a certain conception of the negative in ancient Greek thought. This leads W. to conclude that the in- of infinite should not merely be understood privatively (that is, as a mere lack of finitude); there is a positive sense to the word, too. 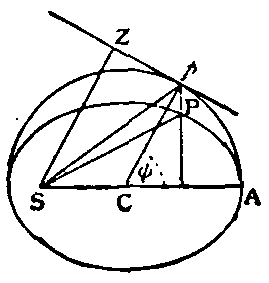