The biographer and her subject

I now need a flowchart to understand the facts of the General Petraeus and Paula Broadwell scandal. How does the as yet un-named shirtless FBI agent fit in? Nevermind.

The story does raise questions about the ethics of biographical writing, however, and what Broadwell owed, if anything, to her readers.

Laura Miller has written an article in Salon outlining these issues as regards Broadwell’s now notorious All In: The Education of General David Petraeus. As Miller notes, unlike journalists, biographers ascribe to no particular rules or set of professional ethics. Nevertheless, some might say that by selling the book as a biography, Broadwell asked her readers to trust her to have a distanced and balanced perspective on Petraeus, and his highly significant work in the Middle East.

“She has two major ethical problems …The first is with her editor — though you have to wonder what this has been like for her co-author, who’s an editor at the Washington Post [Vernon Loeb; he has written that he had no inkling of the affair]…

The other is with her readers … She participated in something with her subject that reflects on his character and brings his judgment into question and she didn’t disclose it. It doesn’t even matter much what it was that she did. The real issue is the lack of disclosure of important information like that to the reader.”

In order to obtain any significant insight, it seems necessary that the biographer develop a close relationship with the subject. There are many books written by the wives and husbands of significant people, but for the most part, these works are almost memoirs of a couples’ time together, and the relationship is known to the reader. It seems to me that failing to disclose the relationship ensures that Broadwell’s work will lack legitimacy.

Of course, as the Petraeus story unravels, the media’s focus will not be on the problematic nature of the biographical genre.  Our only real insight into the dilemma, is offered by the man whose name is billed just below Broadwell’s on the cover: Vernon Loeb.

Loeb recently wrote an article in The Washington Post addressing the issue, calling himself a “ghost-writer”, and questioning the defining of the book as biography.

“From the outset, the editors at Penguin Press were quite clear about what they wanted: a book on the rigors of command told from an inside point of view. The ultimate narrative tracked what turned out to be a year in command for Petraeus. The book is not a traditional biography, although it does contain a series of biographical digressions about him. I had no say over the book’s ultimate take on Petraeus, which some have found excessively laudatory. Broadwell was free to make whatever revision or modifications she desired to the text, and did so liberally.”

It would be interesting to hear from editors of biography, even Broadwell’s own editor, to find out how the editing process ensures that the biographer kept a sufficient distance from her subject, or whether that even matters. If it’s just about selling books, that’s worked out well here — the book has jumped up in Amazon rankings and Penguin has expedited the paperback version. 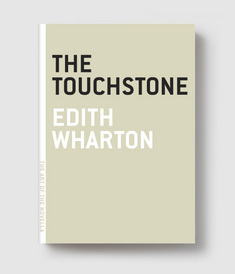 The story incidentally has some nice parallels with American fiction. Miller recounts the plot of Henry James’ novella The Aspern Papers, where the narrator is prepared to seduce the niece of an old lady who may or may not possess letters from a celebrated poet.

It also reminds me of Edith Wharton’s The Touchstone, in which after the death of a famous author, her one-time paramour publishes her love letters to him, taking care to first remove his name and association. In Wharton’s story, the hero is racked with guilt for deceiving the guileless public, and for betraying the deceased woman.

Broadwell has remained silent for the moment, so it’s hard to know if she is as wracked with guilt about the ethical conundrums of biography as Wharton’s Mr. Glennard.

Both Broadwell and Petraeus will be dealing with quite enough in the coming days, but in the long-term, perhaps it’s worth considering whether publishers should ask biographers to adhere to a set of ethics when writing their books, just as newspapers and magazines ask of journalists.

This has been a terrible week for Australian cookbook publishers