A cockfight to care about: Why The Tournament of Books is the best literary prize of them all 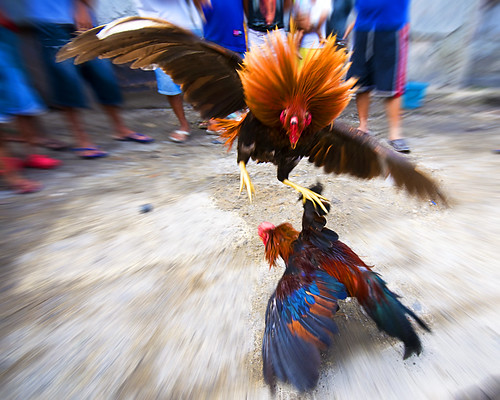 I’ve said it before and I’ll say it again: The Tournament of Books–the March-Madness, bracket-style literary competition held by The Morning News— is the best literary prize in existence. Forget the Pulitzer, the Booker, the Not-the-Booker, the NBCC, the NBA, Orange, Dublin, Rome, PEN/Faulkner, etc. etc. What do I mean by best? It’s the most exciting, combative, engaging, provocative, meaningful, dramatic, and relevant of all the literary awards. It lags behind the others only in terms of prize value and cultural capital, but one can only hope that one day that will change.

What makes the The ToB so great? The answer is simple: because it is transparent. When a books wins a round, we learn why it won. When a book wins the ToB, we know the route it traveled to the win. The debate, the opinions, the criteria are all on display. We understand the mechanics, the aesthetics, the people, and, yes, sometimes even the arbitrariness that contributed to the victory. We don’t have to agree with the verdict any more than any other prize, but at least the nature of the contest, the rules of engagement, are visible. We witness, and it is a joy to witness, the gears of taste in action.

In comparison, the other prizes are games played with secret rulebooks and hidden action. This is not to say that there aren’t rules or action, even drama, involved, but nobody is allowed to witness this drama. In this priceless article at The Guardian, former Booker-jurors reveal the painful and acrimonious nature of the judging process. Over at the The Daily Beast, Jane Ciabattari discusses the process by which the NBCC awards are awarded and it sounds like an interesting enough process. She tell us that “The words one hears include these: ‘Formulaic.’ ‘Doggerel.’ ‘Brilliant.’ ‘Thin.'” and that things as unexpected as “typology” are considered. A roomful of literary critics in discussion about the value and quality of books–what reader wouldn’t love to witness such a thing? But no. The door is shut. The conversation muted. And all we get is a neutered prize offered from on high. A grand competition where no one gets to watch. Annoying, wasteful, and, in the end, pointless.

So forget the rest. The Tournament of Books shortlist has been announced, and while we’re sad the Melvile House longlisted titles The Canal and Aurorarama didn’t get invited to the ball, we can’t wait to watch (and gamble on) the competition. The novels are intriguing and diverse, the line-up of judges is stellar, the commentary is sure to be intense. Yes, of course, some of the decisions are going to be bone-headed, some of the critics will succumb to favoritism and others won’t put in enough effort. Some judges will be unqualified and make trivial choices (e.g. Andrew W. K. last year: “I do like the cover, cast of characters, and family tree of Wolf Hall more than the presentation of The Book of Night Women.”) but that’s no different than the other prizes. As we just heard, sometimes “typology” becomes the focus over at the NBCCs.

In short, literary prizes are horribly subjective activities, marred and flawed in too many ways to count. The other prizes try to pretend this isn’t so, and hide behind their velvet curtains. Only the ToB embraces its true nature. Criticism is a spectator sport or it is nothing at all.

Before the Nobel Prize for Literature is announced, judge takes a moment to slam American authors