We all know the story of Kafka and Brod. Kafka, the tragic genius whose prophetic writings foretold the essential paradoxes and madnesses of the 20th-century and, so far, the 21st. Brod, the prolific fool, a man who history remembers not for his own art, but only for his unfailing belief in the artistic greatness of his friend Franz.

Lars Iyer‘s novel Spurious is about Lars and W., two would-be intellectuals who both aspire to be Kafka, yet are forced to face the thudding truth:

Which one of us is Kafka and which Brod?, W. muses. We’re both Brod, he says, and that’s the pity of it. Brods without Kafka, and what’s a Brod without a Kafka? We are both Brod, W. says, and Brod for one another.

When an ass looks into the gospels, no apostle looks back; when Brod looks into Kafka, it’s only Brod who looks back. I am his Brod, W. tells me, but he is my Brod, too. I am his idiot, but he is mine, and it’s this we share in our joy and laughter, as we wake each day into the morning of our idiocy, wiping the sleep from our eyes and stretching.

And now our strange encyclopedia draws to a close. This A to Z includes the intellectual and not-so-intellectual topics that occupy the minds of Spurious’s two anti-heroes as they dream each night of being Kafka, as they wake each morning to being Brod. As Iyer puts it:

I hope Spurious can be enjoyed by a reader entirely unfamiliar with the names and ideas mentioned in its pages. In large measure, I think, it is the way W. and Lars enthuse about a scholarly project or a specific thinker that makes the novel entertaining (if indeed it is entertaining). On the other hand, perhaps there is something to be gained from focusing in a little more depth on some of the recurring ideas, names and objects in Spurious, since they are not entirely arbitrary. That is the aim of this A to Z.

Vortex of Impotence, The

Phrase used in a quotation W. sends Lars. It’s from one of the essays in Virno and Hardt’s collection Radical Thought in Italy.

Central character in Spurious, W. lives in a large, damp-free townhouse in a deprived part of Plymouth. He is a friend and collaborator of Lars, who he visits frequently, and has a teaching role in a college, probably in philosophy, though perhaps in theology (or, indeed, a mixture of both). He is a Hebrew scholar, and has recently published a book.

W. spent several of his childhood years in Canada, before returning to the prosaic city of Wolverhampton, where he attended a grammar school. It is not clear from Spurious when or where he met Lars, but W. thinks of his friend as a protégé.

A great deal was expected of him as a thinker in his early days, W. reports, but his sense of the apocalypse, as well as his enthusiasm for drinking and smoking, have prevented him from reaching his potential. The presence of Lars in his life has only made things worse, he says.

W.’s partner is Sal, who he loves and admires.

W.’s hair is long, with ringlets. He is of Jewish origin, though his family were Catholic converts. He is an enthusiastic reader of the work of Cohen, Rosenzweig and Spinoza, and admires Tarr’s films. He keeps Lars up to date with his research by emailing quotations to him.

W. characterises himself as having great generosity as a host, a love of conversation and a feeling for the messianic, as well as a general enthusiasm for rivers, the sea and the Southwest. He credits himself with a higher IQ than Lars, and is a reluctant atheist. W. is frustrated by his mathematical and linguistic inability.

W. dreams of returning to Canada, and of having a genuine philosophical idea. He is a great believer in friendship and an advocate of overpraise. Despite their many professions of gloom, he and Lars are essentially joyful people, W. believes.

Disposable tissue for wiping clean one’s hand or anything small, which W. and Lars use to dab their wrists and behind their ears before giving a presentation.

City in the West Midlands, to which W. returned with his family after a few years in Canada. 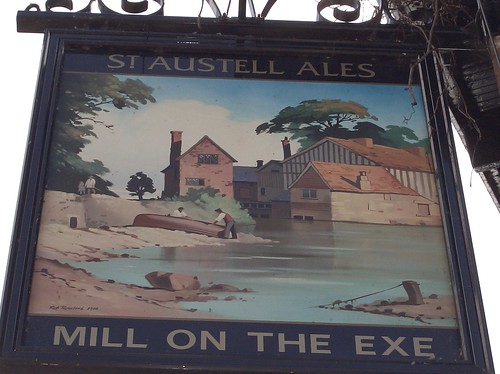 Mill on the Exe

W. and Lars drink at the pub called Mill on the Exe in Exeter, where they reflect on the splendour of the Southwest and the threat it poses to serious philosophical work.

Lars’s backyard particularly depresses W. It is a concrete patch behind Lars’s flat, shared with the flat above and filled, according to W., with rats, sewage, bin bags and rotting plants. W. suggests that only Béla Tarr would have interest in such a place, allowing it to tell its story in one of his famous tracking shots.

Self-proclaimed Messiah who, although treated with suspicion by religious authorities, was able to attract a large following in Turkey and elsewhere in Europe. Zevi was known for his ‘holy sins’, which began early on with his eating of non-kosher food, and speaking the forbidden name of God, and, later led him to pronounce the Tetragrammaton in Hebrew, an act forbidden to all but the Jewish high priest on the Day of Atonement. Zevi’s conversion to Islam in 1666 was viewed as a betrayal by most of his followers, but by others as a sign of his messianism; many followed him.

W. mentions Zevi’s apostasy as the outcome of a tradition in messianic thought that holds that the Messiah breaks the law rather than merely fulfilling it.

The A to Z of SPURIOUS: From Golem to The Infinitesimal Calculus